What is a Parish Council?

A parish council is a civil local authority, and is the lowest or first tier of local government. They are elected corporate bodies, have variable tax raising powers, and are responsible for areas known as civil parishes serving in total 16 million people.

Parish councils are funded by levying a precept collected with the council tax paid by the residents of the parish. Parish councils have unpaid councillors who are elected to serve for four years, unless a casual vacancy arises which may be filled by a by-election or co-option.

They come in all shapes and sizes!

What makes up a Parish Council?

A parish council in England consists of such number of councillors as may be fixed from time to time, not being less than five. Where a parish has a relatively large population, or where the population is scattered over a wide area, or where one parish contains two or more sections with separate interests, it may be convenient to divide the parish into wards for the purpose of electing councillors.

A councillor is elected not only to represent his or her constituents but also to take decisions affecting the area of the council as a whole.

He or she has many different roles including corporate decision maker, corporate employer, policy formulator, representative on external bodies, citizens advocate and corporate protector of their parish and its environment.

While some small parishes appoint an unpaid volunteer as Clerk, most councils employ a salaried Clerk whose overall responsibility is to carry out the policy decisions of the Council.

The Clerk is the head of the council's administration and is the 'Proper Officer'. He or she is often the only employee and therefore also acts as the Responsible Financial Officer.

The central function of the council, the making of local decisions and policy relevant to the public interest of the parish is performed at the meetings of the Council. A parish council must hold an annual meeting and at least 3 other meetings in a year. An extraordinary meeting may be called at any time by the chairman or members, but due notice must be given.

Every meeting is open to the public, who are encouraged to attend, except for those items where a council formally resolves to exclude the public and press on grounds that public attendance would be prejudicial to the public interest. This would have to be due to the confidential nature of the business.

Notice of meetings must be given at least 3 clear days before, and be displayed in a 'noticeable place', giving time, date and venue. A summons to attend the meeting is also issued, specifying the agenda to every member of the council. Any items not on the agenda cannot be formally debated or resolved. Items bought up by the general public in attendance can be discussed but any formal resolutions must be deferred to the next meeting to allow for due notice.

The minutes of the meeting are taken by the clerk, and are ratified at the next meeting of the council. They must also be displayed in a noticeable place in the parish, and many councils now make them available on the Internet. 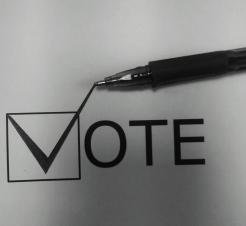 In all cases, the ordinary election of parish councillors is conducted by means of nomination of candidates by two electors and, if necessary, a poll. A person (unless disqualified) is qualified to be elected to be a councillor if he/she is a British subject, a Commonwealth citizen or a citizen of the Irish Republic if on the relevant day he/she is 21 years of age or over and (1) is and continues to be a local elector for the parish, (2) has during the whole of the 12 months preceding that day occupied as owner or tenant any land or other premises in the parish, (3) his/her principal or only place of work during those 12 months has been in the parish, or he/she has during the whole of those 12 months resided in the parish or within three miles of it.

The Parish Meeting may only precept for expenditure relating to specific functions, powers and rights which have been conferred on it by legislation.

The CALC coronavirus briefings and FAQs have now been archived. The risk assessments, guides and templates remain available to member councils in the Documents section of the website.