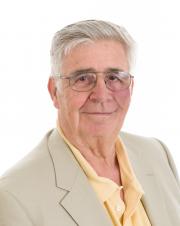 Paul O'Brien is a retired Police Officer who on retirement to Cornwall was persuaded to stand for election to Launceston Town Council in 2007. He was successful and a year later was elected as the Town's Deputy Mayor to be followed a year later by the first of two successive years as Town Mayor. In this capacity he represented Launceston at CALC Larger Councils meetings and became interested in the Association's work.

CALC have prepared a series of briefings and FAQs to support your Council, available in the documents section of the website.

The CALC Team is currently working from home, you can contact us via the following email address enquiries@cornwallalc.org.uk